The 30th annual Arts Advocacy Day took place this week. This is a time where artists and supporters of the arts alike from around the country come together to argue the importance of the arts in our society. Arts Advocacy Day includes several events in Washington, D.C. and is spearheaded by Americans for the Arts. With the Trump Administration’s budget proposal calling for a defunding of the National Endowment for the Arts, this Arts Advocacy Day is probably the most pivotal one yet. As an artist myself, I shared a personal story in an effort to argue the importance of the arts not only in my own life but our nation as well. I encourage you to check it out. 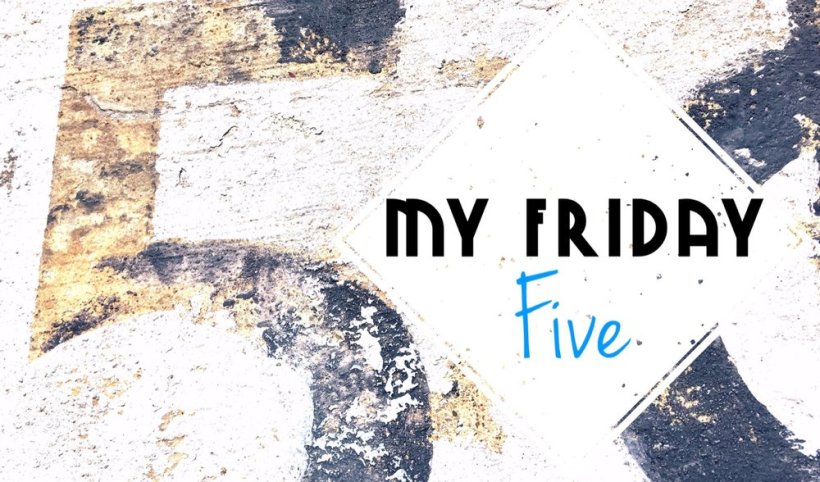 The 30th annual Arts Advocacy Day took place this week. This is a time where artists and supporters of the arts alike from around the country come together to send a positive, reinforcing message to the world about the importance of the arts in our society. Arts Advocacy Day includes several events in Washington, D.C. and is spearheaded by Americans for the Arts. With the Trump Administration’s budget proposal calling for the defunding of the National Endowment for the Arts, this Arts Advocacy Day is probably the most pivotal one yet. As an artist myself, I shared a personal story in an effort to argue the importance of the arts not only in my own life but our nation as well. I encourage you to check it out.

UPDATE: Carolina defeated Kentucky Sunday night 75-73 thanks to an incredible last second shot by Luke Maye to move on to an NCAA best 20th Final Four! This is the Heels’ second straight Final Four berth and the program has made it to 25 percent of all Final Fours (20/78). Amazing!

And then there was one. UNC is the only remaining ACC team in the NCAA Tourney. Carolina and Duke were the only two ACC squads left on Sunday night before the Heels defeated Arkansas 72-65 to move on to the Sweet 16 while the Blue Devils lost to South Carolina 88-81 in the Round of 32.

As what they call an “ABD” (Anyone But Duke) fan, you know Sunday night was a glorious one for me. It’s always good when Duke loses before UNC in the tourney because Duke fans can’t say a word if the Heels end up losing. And here’s a wild stat for ya: In 10 of the past 11 seasons, the team that wins the second game between UNC and Duke advances further in the NCAA Tourney, as tweeted by Adam Lucas, columnist for GoHeels.com. Of course, the Heels took the second game this season and have now advanced further than the Blue Devils. Needless to say, it was fun seeing some Duke fans whine on social media. From complaining about UNC getting an unfair advantage with the referees, to bringing up Carolina’s academic situation – which, by the way, has nothing to do with current players as it ended in 2011, according to the Wainstein Report – they brought out all the stops. Twitter never disappoints when Duke loses either. There were so many incredible memes generated from the Blue Devil defeat, including the one below. I guess it’s not all bad news for Duke. They could hang a Preseason No. 1 banner in Cameron Indoor. Wait, is that even a thing? 😂

Hang it up in the rafters of Cameron Indoor!!! pic.twitter.com/pfYz9XEIfw

I alluded to this in a post a couple weeks back but I was able to go to the Greensboro Swarm game on Thursday. The Swarm faced the Salt Lake City Stars, the team Marcus Paige currently plays for. Brice Johnson played for the Stars as well, albeit, for a very short engagement before getting called back up to the L.A. Clippers. But Marcus was not the only person I saw. Two N.C. State guys, Cat Barber and Ralston Turner, play for the Swarm. Unfortunately, Ralston was inactive for the game but Cat played, oftentimes matching up with Marcus. I knew I was going to have good seats but, man, was I shocked to find out where they actually were. How about courtside? Yea, you read that right. Courtside seats right on the baseline which equates to some awesome photo opportunities. Check out the gallery below! 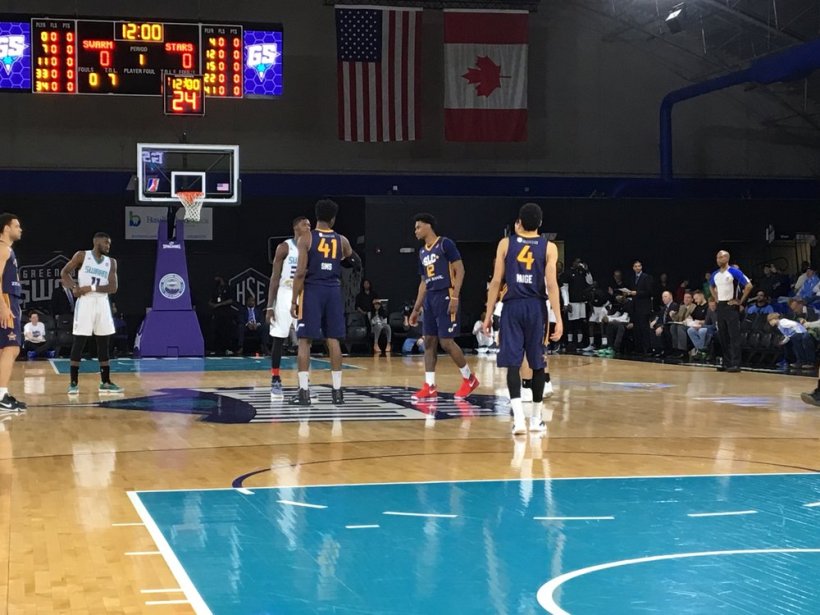 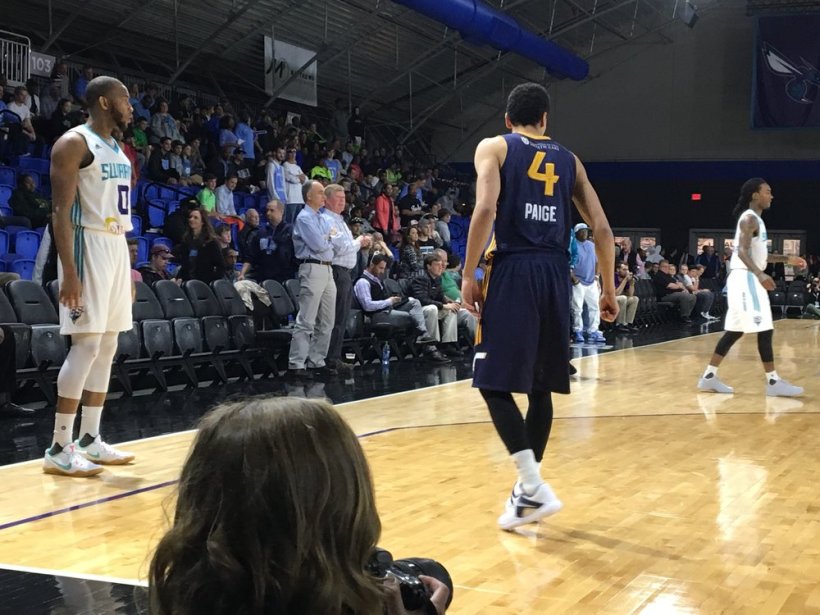 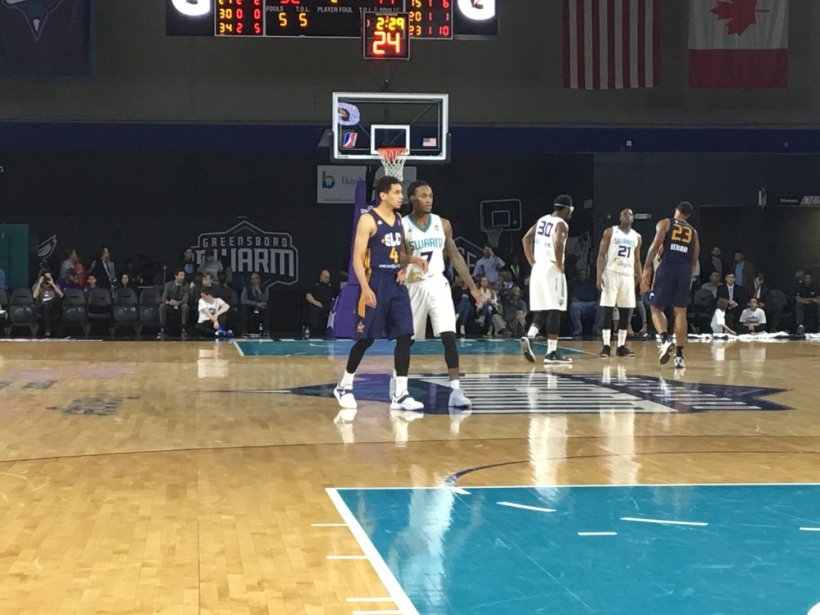 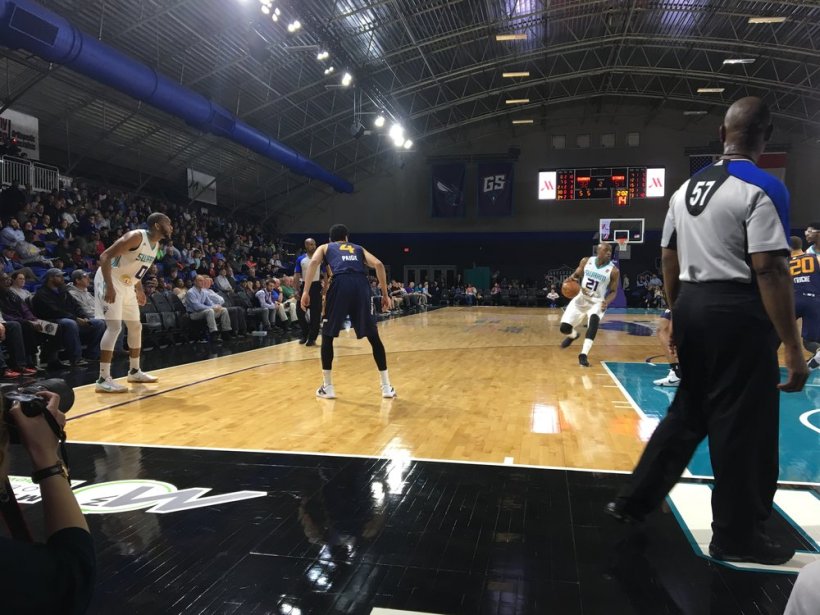 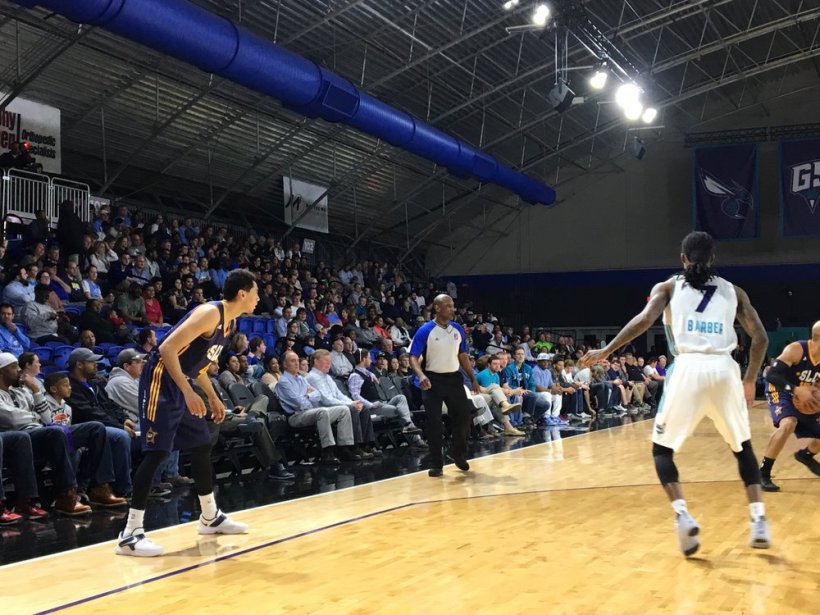 UPDATE   : The men’s team took fourth place overall in the NCAA Championship, tying a program best finish. State tallied 35 All-America honors during the four-day competition, with 25 of those clinched outright. You can read more here.

Both Men’s and Women’s N.C. State Swimming and Diving continue to show their dominance at the NCAA Championships in Indianapolis. The women finished in seventh place, which is the highest finish in program history. Through four days of competition, N.C. State took home 25 All-America honors, breaking five school records and two conference records along the way.

The men’s team began its NCAA Championship on Wednesday in incredible fashion, taking the NCAA Title in the 800 Freestyle Relay. As that wasn’t enough, the team – comprised of Ryan Held, Andreas Vazaios, Soren Dahl and Justin Ress – finshied three seconds ahead of the challengers, smashing NCAA and U.S. Open records along with ACC, pool, meet and school records, according to GoPack.com. Competition continues through Saturday.

When will Ticketmaster/Live Nation release more eligible events to use the pile of those free ticket vouchers that are assuredly burning a hole in your proverbial pocket? Don’t count on it anytime soon. If you’re not sure of what I’m talking about, Ticketmaster finally began the execution of its settlement in a 2003 class-action lawsuit regarding the ticketing giant’s processing and UPS delivery fees – 13 years after the fact. Through the settlement, class members received several vouchers good for free tickets to eligible shows or minimal discounts on fees. Those with free ticket vouchers could find a (very) select amount of shows for which they could be used for via a specialized website.

That website has not been updated since July of 2016. Now, many fans – including yours truly – are wondering when we’ll be able to use the free tickets we deserve for being screwed out of money for so long. You can tell people are getting restless. Type “Ticketmaster Settlement” in the search box on Twitter and you’ll see what I mean. Just for kicks, I contacted the firm assisting with the settlement and I was not given a definitive answer as to when new shows will be released. Shocking, I know. The email I received said that class members wouldn’t have to wait four years – when the vouchers expire – for more events to be released. However, the amount of free ticket vouchers will be limited and the timeline for new shows is unclear. Translation: don’t hold your breath.