N.C. State Swimming and Diving completed a sweep of the men’s and women’s ACC Championships in dominant fashion the past couple weeks. In case you missed it, I wrote a piece on my first ever experience at the ACCs supporting the team and my friend Justin Ress. Check it out here! 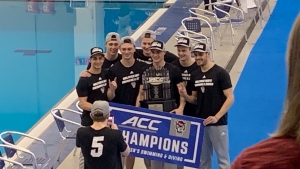 My standards for films are pretty darn high. I’d heard so many good things about Spider-Man: Into the Spider-Verse that I had to see it – and finally did this week. Let me tell you, it was one of the (if not the) best animated films I’ve seen in quite some time. Make sure to read my full review that I posted earlier this week, where I dive deeper into why I believe the film is that good.

3. Idol Audition for the Ages

If you know me well, you know that I’m an American Idol aficionado. I’ve watched every single episode since it first premiered in 2002, which means I’ve seen countless auditions throughout the years. But one audition stood above the rest – and it aired Wednesday night.

Alejandro Aranda walked into the audition room in Wednesday’s episode, an unassuming 20-something who said he started doing music about three or four years ago. What came next is something I’ll never forget.

Aranda’s audition has quickly grown to 1.1 million views and is sitting at No. 11 on YouTube Trending as of the publishing of this post. Several people compared Aranda to the likes Dave Matthews and John Mayer. As far as I’m concerned, just give the guy the crown right this minute. What an absolutely mesmerizing audition!

It’s always hard to say goodbye. This week sees the final home games for a few of my favorite players from UNC and N.C. State. First up is the Pack, where Torin Dorn had one last ride at PNC Arena on Wednesday night. I met Torin a few months ago and I could clearly see how great of a dude he is. I also love the fact he interacts with fans on social media. It gives that special, personal touch.

Next are Luke Maye, Kenny Williams, and Cam Johnson. I was fortunate enough to meet Johnson a few weeks ago after a UNC game. He was incredibly kind and I’ll never forget that moment. 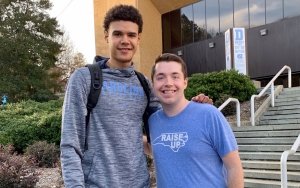 While I haven’t met Maye or Williams, I’ll always remember the time Maye announced his intent to sign with Carolina via Twitter. As I do in many cases, I responded with a congratulatory message. What came next was special: Maye liked and replied to it! Of course, this was before Maye would enter into Tar Heel lore for the game-winning shot against Kentucky in the 2017 Elite Eight, which makes it even more special.

Well, folks, after 10 years of sleeping in the same twin bed I’ve finally outgrown it. I mean, literally, my feet would dangle off! After months of research, I decided to make the investment in a new – much larger – bed and did so completely online. All courtesy to two bedding companies: Thuma and Allswell. Coming soon will be a post reviewing each company as well as their respective products.